Boone, NC -- On May 4, 1970, Kent State University student Ray Miller was walking to class when he became an inadvertent witness to history. As Miller passed by a peaceful, student-organized rally opposing the Vietnam War, soldiers from the Ohio National Guard fired 67 rounds of ammunition into the crowd. In 13 seconds, four students were killed and nine others wounded, leaving an entire nation to cope with the tragedy.

Fifty years later, Miller regularly walks across the campus of another university, Appalachian State, on the way to class where he is a professor who holds a PhD and former chairperson of the Department of Theatre and Dance. 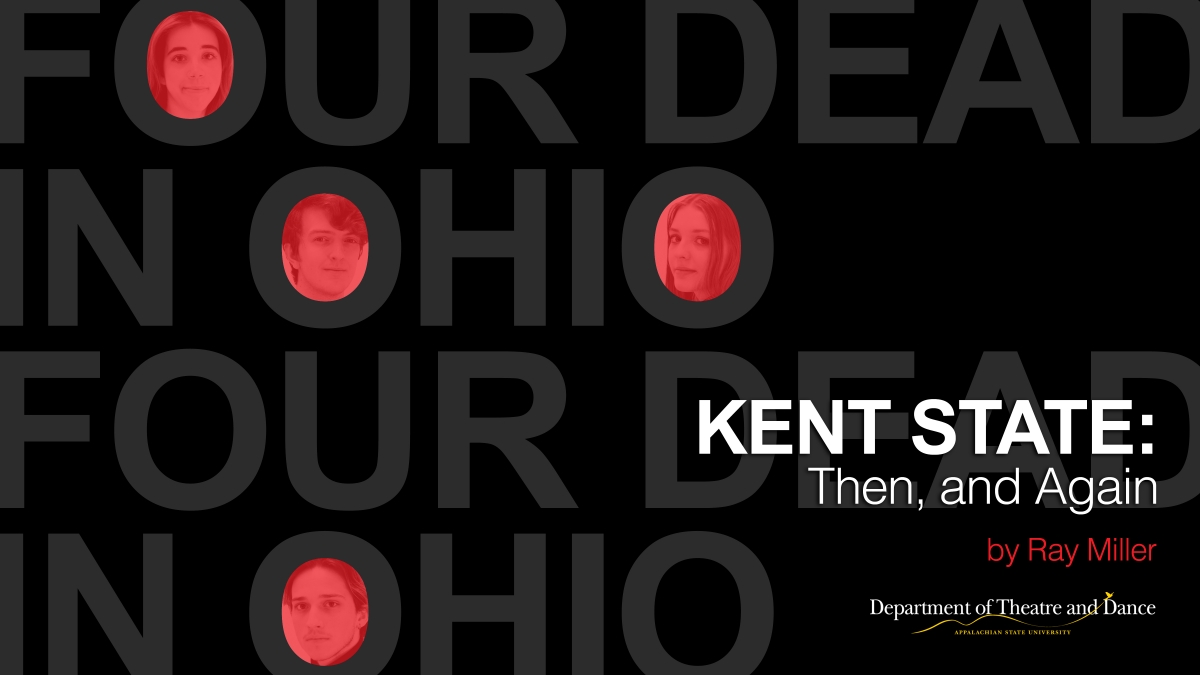 Over the years, he has reflected on the days leading up to the shooting and has packaged his remembrances and experiences into a new play, Kent State: Then, and Again. The play’s world premiere debuts April 21 at 7 p.m. and runs each subsequent evening through April 25 on the department’s virtual platform. Admission is free with advance registration is required at Department of Theatre and Dance. All registrants will receive a private link to access the event both the day before and one hour prior to the performance.

Miller, who is both playwright and director, says he has tried to give multiple points of view about the tragic event and offers perspectives from students, townspeople, university administrators, national guard soldiers, journalists and his as the narrator and observer. 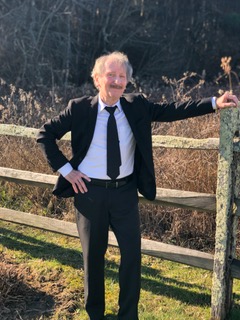 “I believe this story needs to be told now in 2021,” said Miller, who adds that while the play is sobering, it also includes romance, friendship, laughter, poetry and a live for today sensibility. “This needs to be shared so that people understand this event was not and is not a singular, foreign event but one that could occur anywhere.”

Cast member Skyler Geer, sophomore general theatre and anthropology double major from Jacksonville, Florida said, “It is truly a unique experience, on many levels. “It’s a distinct honor to work directly with the playwright/ director. Dr. Miller’s eyewitness accounts of the Kent State shootings provide enlightenment on the various nuances of the piece. We now realize that the students of past decades were similar in thought, passion and feeling to us.” 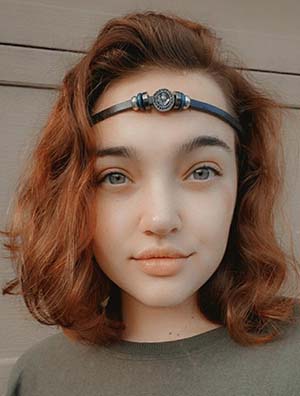 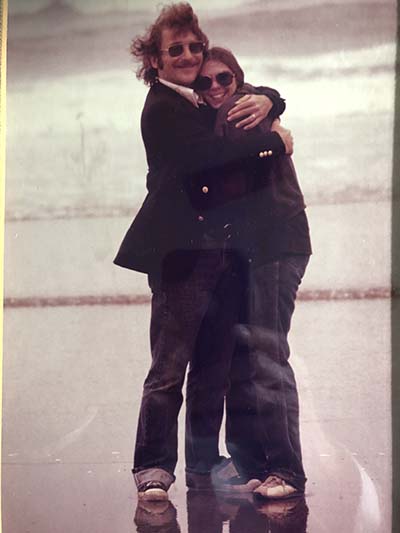 Dr. Ray Miller and his now wife, Jessica Wood, from the 1970s

Kent State: Then, and Again contains four original songs composed by noted singer/songwriter, Dr. Doris Bazzini, a professor in the Department of Psychology at App State and 2005-06 recipient of the Board of Governor's Outstanding Teaching Award. Bazzini is also the principal singer and composer for the folk music ensemble Folk and Dagger.

To access the digital archives at Kent State University: https://omeka.library.kent.edu/special-collections

The Department of Theatre and Dance is one of seven departments housed in App State’s College of Fine and Applied Arts. Its mission is to facilitate transformative experiences for students and the public, which cultivate compassionate, creative and collaborative communities through theatre and dance. The department also offers coursework for integrated learning through the arts to the general university student population. Its dynamic co-curricular production program provides exemplary theatre and dance experiences to departmental students, the university community and the region.

Appalachian State University, in North Carolina's Blue Ridge Mountains, prepares students to lead purposeful lives as global citizens who understand and engage their responsibilities in creating a sustainable future for all. The transformational Appalachian experience promotes a spirit of inclusion that brings people together in inspiring ways to acquire and create knowledge, to grow holistically, to act with passion and determination, and embrace diversity and difference. As one of 17 campuses in the University of North Carolina system, App State enrolls over 20,000 students, has a low student-to-faculty ratio and offers more than 150 undergraduate and graduate majors.