Before coming to Appalachian in 1992, Joel Williams taught ten years at LaGrange College.

His primary production responsibility is directing and he received recognition for "Excellence in Direction" from KC-ACTF Region IV for his work on the student written full length play, The Pursuit of Mr. Rockefeller, that was performed at the 2010 Region IV Festival in Daytona Beach, Florida.

Other selected directing credits include: 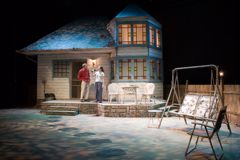 He also continues to serve the department as an occasional scenic designer and is particularly pleased with designs for Proof and Blithe Spirit.

Joel's professional work has included acting and directing at the Blowing Rock Stage Company and serving as scenic designer and technical director for the Barter Players' summer shows at the Barter Theatre in Abingdon, Virginia. 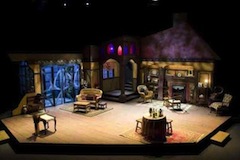 An advocate for the liberal arts approach to undergraduate theatre education, he is pleased to be known as a generalist and during his academic career has served as a scenic and lighting designer, technical director, stage manager, and actor. Joel has recently added playwright to his list of theatre skills, his script, Promises, was produced by the department in October, 2013, and was invited to the KC-ACTF Region IV festival. Promises recieved a professional world premiere by Southern Appalachian Repertory Theatre in their 2014 Summer Season as well as a production by the Red Door Theatre in Union Springs, Alabama.